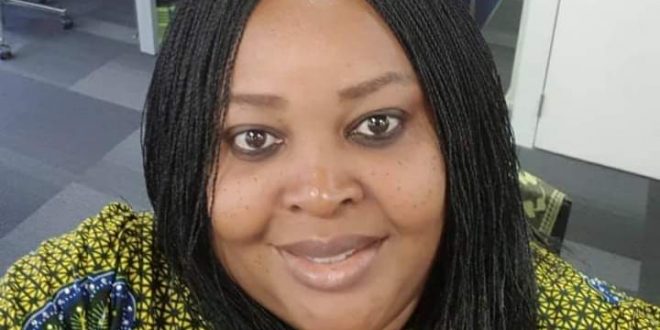 Dateline Lagos, 2008: I brought three Demos of the “Corruption Not In My Country” to you. You watched them. Told me they were great concepts but they were “too unclean to be shown to anyone”. I said I would be having a meeting with Mr. Lolu Akinwumi, then MD of Prima Garnet who was Chairman of Dora Akunyili’s then Minister of Information’s Branding Committee. You told me “Akin, they’re great but you need to go back to studio and GRADE them”.

In all humility, that was the first time I learnt about “grading” in documentary or TV commercial works. I followed your counsel. We touched it up and met Mr. Lolu. He loved the work and told me to cut each one from three minutes to one minute each. The attempt to partner Dora didn’t work out, but that was how this project became a one-minute satire. I told you, the “Minister’s road may be closed” and you said “great you made the effort because your own doors shall still open. You have a project that will eventually scale up in Nigeria”. Literally, you prophesied.

Not long after, you approached me to write a reference letter for you as you rounded up the final interview with the IBM Global Business. You said “Akin, you might be getting a call from the UK, I count on you to speak up for me”. I told you, “go to bed and close your two eyes”. You smiled and told me “I trust you”.

I was called one week later form the United Kingdom. I told them amongst other things “what an asset you are, will prove to be and how it will translate to monumental bottom line for their organization”. Literally, I prophesied!

You got the job and exceeded your revenue target by 211% winning the “IBM Global Business Partners Shining Star” Award for the Systems Channel Team in IBM Middle East and West Africa.
Infact, in the first 6 months of resumption at IBM, you increased the marketing revenue target contribution from 4% to 40.6%

You coordinated the marketing strategy on the project, called “Smarter Computing” with the extended Central East West Africa (CEWA) and Middle East Africa (MEA) teams, a project which grossed millions of dollars in revenue and for which you won the “IBM Forward Thinkers Award” for marketing innovation and eminence.

During the COVID-19 pandemic, you’ll consistently chat me on WhatsApp asking how you can support the various poor I was reaching out to. Severally I refused you. Then one day, you went behind me, obtained the accounts of some beneficiaries and grossed 100k in contribution directly to them. We’ve done great things together in mutual responses to each other’s finger-snaps. They’re inexhaustible here.

You were a staunch Donald Trump supporter. Each time I disagreed with you, you always told me “the reason you support Trump was because he was a moral failure but fought hard to beat it, amassed a huge following and became the US President”.
You told me “that’s a lesson in never allowing our errors define us”.
Your heart is that pure, cheerfully magnanimous and mentally unencumbered.

It’s a puzzle to me why I had not celebrated you on this wall, because I love to celebrate people while they’re still alive. Of what use are our showered encomiums after someone’s death?

Forgive me Utang Ambe-Bassey, that as I woke up yesterday, a rude awakening jolted me that I’ll be “celebrating” you in death. Had no idea you took ill and never knew Covid would make it irreversible.

Since Titilola Akerele Park told me…. I have been too numb to think straight and I have been too shell shocked to even find the tears! Won’t crying have been better? Internal bleeding tears are too hot to handle…and Uty, your exit is too difficult to process! I mean, which day will I ever face up to such reality to delete our chats or delete your number?

Every milestone you grossed up here, GONE! You once again, just reinforced the grim realization of what VANITY life really is, and will continue to be. Hard to say GOODBYE…this BYE is too BAD!