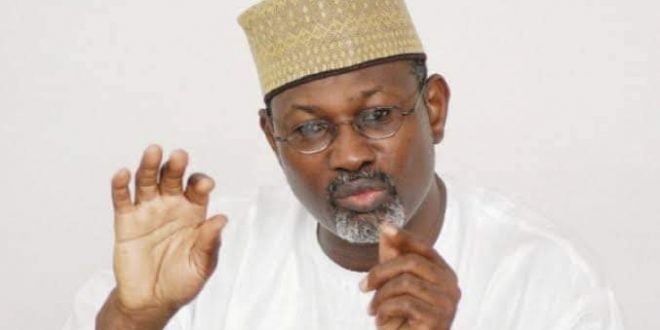 Prof. Jega (ex-INEC Chairman) has carpet both political parties.. Saying the path to Nigeria ‘s greatness is not in their hands.

“Looking at their inability to change the economic fortunes of Nigeria for 20 years now, it is now apparently clear that they would not do anything even if Nigerians vote for any of the two parties again.”

“The APC and PDP have formed governments; we were all witnesses. They did not come with good intentions to make amends. If you look at the fight against corruption, all these corrupt people that were supposed to be prosecuted sneaked into the APC.”

“We are hearing nothing. That is why I’ve since registered with the People’s Redemption Party, PRP. I am now a PRP member looking for ways to help Nigeria.”

“That is why we believe now is the time to establish a platform which every good Nigerian should join and contribute towards building the nation on the right path.”

“Since 1979, I’ve been teaching in the university for 40 years now. So, from what I read and observed when I was chairman of INEC, honestly, the way I see our politicians conducting elections and from the manner they represent their people when elected is something to be afraid of,”

PDP RESPONDS: : “It is indeed unfortunate that Jega, as a Professor of Political Science, could portray an ignorance of the manifest contrasts between the robust fortunes of our nation under the PDP and the wasteland she has become under the APC.

“Perhaps the Professor needs to be reminded of how the PDP worked hard to revamp our nation’s economy, paid off our huge foreign debts and went ahead to grow the economy to become the largest investment hub in Africa as well as one of the fastest growing economies in the world, with Fitch B+ rating; only for the APC to wreck the economy and turn our nation into the world’s poverty capital and a debtor country in a space of six years.

“While we do not intend to join issues with Professor Jega, we encourage him to engage in genuine scholarly research and come up with evidence-based conclusions on the progessive orientation of the APC.

“It is, however, instructive to note that having recently abandoned his academic pursuit and blindly plunged into the arena of PDP’s brand of politics, the erstwhile electoral umpire as a politician can make such political statements occasionally while trying to launch his political career in a mushroom political party.”

The sudden death of one of a fiery critic of president Buhari, Dr. Obadiah Mailafia, ...