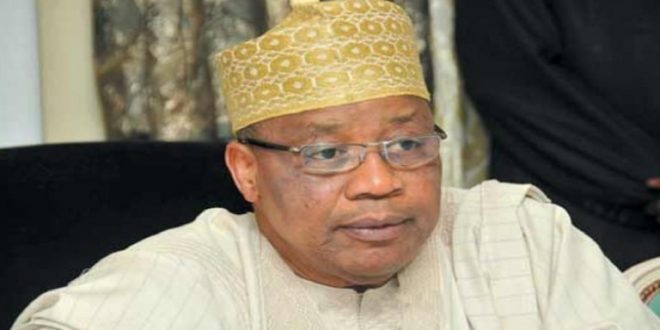 Former Nigerian Military President, General Ibrahim Badamasi Babangida (IBB), has revealed the reason for his decision to annul the June 12, 1993, presidential election, widely believed to have been won by Moshood Kashimawo Olawale, M.K.O, Abiola of the Social Democratic Party (SDP).

Recall that IBB as Babangida is fondly called was suddenly cancelled in the 1993 election which was expected to transit Nigeria from military rule to democratic rule.

The reason behind the president’s decision has been shrouded in secrecy ever since but IBB, 28 years later has explained his action.

According to the former military leader during an interview with Arise TV on Friday, 6th August 2021, he annulled the June 1993 presidential election to prevent instability in the country and the best interest of Nigerians.

During the interview, Babangida was asked directly by the interviewer why he annulled the election widely considered to be the best in the history of Nigeria.

In his response, he asked: “Do you want me to be honest with you?”

When the interviewer gave him the nod to continue, he said: “If it materialized (If the election had gone through), there would have been a coup d’etat which could have been violent. That’s all I can confirm.

“It didn’t happen, thank God for the Maradonic way we handled you guys in the society.”

He added that the election “could have given room for more instability in the country.”

Pressed further on if it was the military or civilians that put pressure on him to annul the election, IBB said: “both,”

“Adding that “both, the Military, they can do it because they have the weapons to do it. The other is the social agitation.”

Recall that MKO Abiola contested the 1993 election on the platform of the Social Democratic Party (SDP) against his opponent, Bashir Tofa of the National Republican Convention (NRC).

IBB was suddenly cancelled before the National Electoral Commission (NEC) could fully announce the results.

Based on the first batch of election results announced by the nation’s electoral umpire on 14 June, Abiola won 19 out of 30 states (including Tofa’s Kano State), and the Federal Capital Territory (FCT).

However, Babaginda, who was the military ruler as of then, suddenly annulled the election.

The annulment led to protests and political unrest across Nigeria.

Previous Lionel Messi out of Barcelona..how it happened
Next FG blames sports federations for jersey shortage at Tokyo Olympics