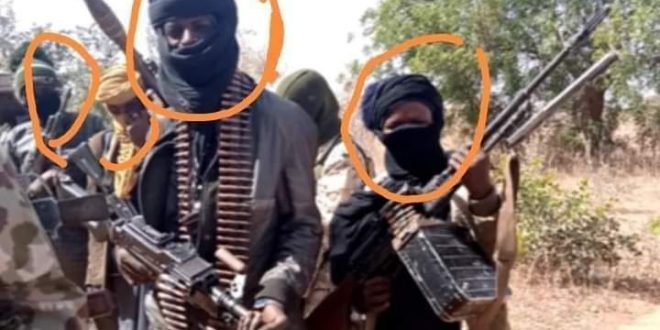 They have organized multiple successful kidnapping of school children.

There was a time they ambushed and killed 15 Police officers on patrol with heavy and sophisticated weapons.

The scariest thing about their attacks is that they usually send a “Notice Letter” to targeted communities with a date and time they will attack, and they would show up as promised.

Well, 4 of them and many more were neutralized during the weekend in the recent operation by Nigerian Air Force HQ and ground troops who surrounded the entire forest.

Their bodies were confirmed by the ground troops, Government have placed a wanted notice on them for this long.

Previous Lady pours hot water on rival inside Church
Next Kyari can’t escape trial, whether he likes it or not, US will get him- Falana