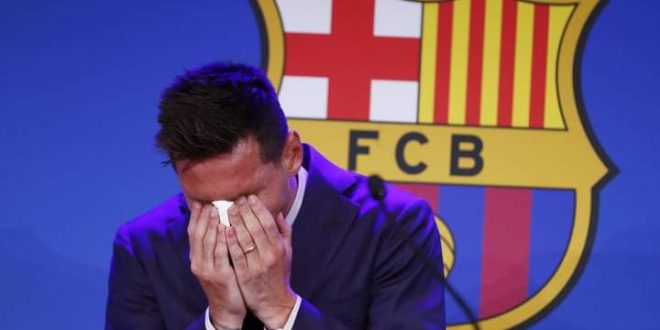 Cry, let him cry; allow Lionel Messi to shed tears, hot tears of sorrow, of emotions and tears of emptiness. I was waiting for this valedictory press conference to know whether Messi is a human or another creature. If he had not shed these tears, then he must have come from another planet. Why won’t he when his entire football life has been spent here in Camp Nou? From his first team debut in a friendly match in 2003 till last season, another team he has played for is Argentina, his national team. So, he deserves the tears because he doesn’t know the actual colour of his future either in PSG or Manchester City. However, he is going to end it in either and start from where he stopped or was stopped at Barcelona. Whichever team he joins is my team. At 34, he still has some magical touches in his booth but terminus is in sight. I do hope that before rain of embarrassment of old age descends, he would remove his booths and shirt and happily return to his waiting family. No sports star shines forever. Impossible!!! Best of luck, Messi!