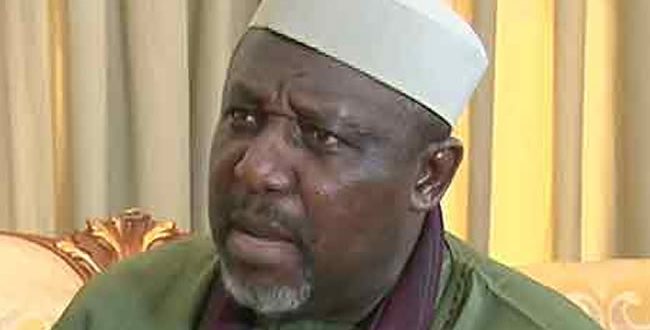 Court orders Okorocha to forfeit over 500 properties to Imo

A High Court sitting in Owerri, Imo State has ordered former Imo Governor Rochas Okorocha to forfeit over 500 personal properties acquired while in office to the State Government.

Ruling on a case between Imo Attorney General and Mrs. Nkechi Rochas Okorocha Incorporated Trustees of Rochas Foundation Senator Rochas Anayo Okorocha as Applicant and Respondents respectively in suit No HOW/M1191/2021, Justice Fred Njemanze ordered the final and absolute forfeiture of Royal Palm Springs Hotel and other properties said to belong to Senator Rochas Okorocha and other members of his family.

According to the ruling by Justice Fred Njemanze, who was sitting as a vacation judge, Okorocha’s counsel failed to give concrete and verifiable reasons why a final and absolute forfeiture order should not be given in favour of the Imo state government.

Justice Njemanze added the suit against Imo state Government by Okorocha’s counsel was not properly filed.

He also described it as “a surplusage”, a term in law which means a useless statement completely irrelevant to a matter.

Justice Njemanze maintained that the white paper gazette by the Imo Government is a legal binding document.

Reacting, the lead counsel to the respondents, Oba Maduabuchi described the judgment as “perfidy of justice.”

“I’m baffled, at court on Friday, a text message came from the judge that he would deliver his ruling on Monday or Tuesday. So because of the sit-at-home order by IPOB we agreed for Tuesday. I was shocked when my colleague rushed into the room and told me that they have delivered a ruling, not just ruling but a judgment

” We had earlier on Tuesday argued the objections I raised on the processes filled by Imo government, the judge said he reserved his ruling ,when ruling is reserved ,it means that no particular date is fixed but when it’s ready,parties are informed,” Maduabuchi said

According to him: “We are definitely going to appeal the judgment even a primary school pupil knows that the judgment can’t stand.”

The forfeited properties are contained in pages 226 to 272 of the Imo Government white paper report by a Judicial Commission of Enquiry on Recovery of Lands and other related matters.