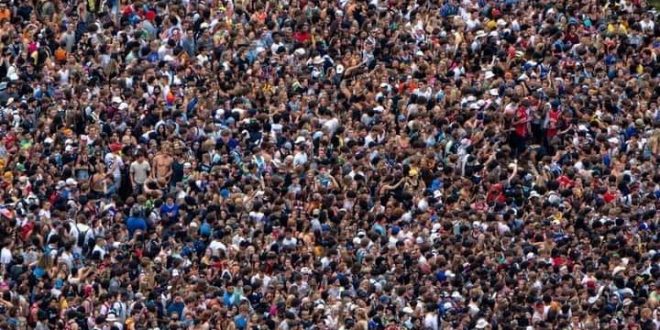 PSG said in a statement that the 34-year-old Argentina star had signed a deal through 2023 with an option for a third season.

“I am excited to begin a new chapter of my career at Paris Saint-Germain,” Messi said. “Everything about the club matches my football ambitions. I know how talented the squad and the coaching staff are here. I am determined to help build something special for the club and the fans, and I am looking forward to stepping out onto the pitch at the Parc des Princes.”

Wearing a T-shirt declaring “Ici c’est Paris” (This is Paris) as he arrived on Tuesday, Messi waved to the hundreds of fans gathered outside the terminal at Le Bourget airport chanting, “Messi! Messi!” to welcome him.

The Argentine icon has passed his medical test with PSG, L’Équipe reported on Tuesday evening. PSG will hold a press conference at 11am Paris time on Wednesday.

The record goalscorer for both Argentina and Barcelona is considered one of the greatest football players of all time.