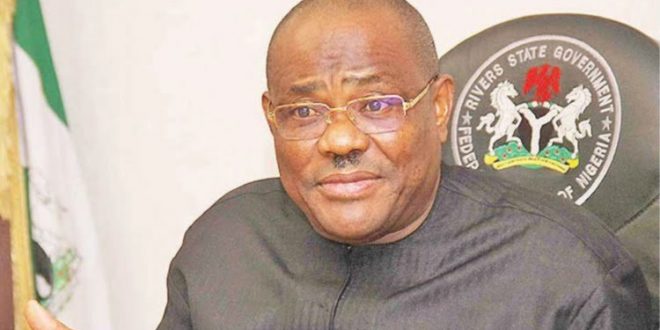 Governor Nyesom Wike of Rivers State of Nigeria has stated the three percent equity allocated to host communities in the Petroleum Industry Bill (PIB) Act is not enough.

The governor, who disclosed this Tuesday, August 17, 2021, during an interview on Channels TV, said that the PIB Act which President Muhammadu Buhari signed into law Monday, August 16 does not go down well with people of the oil-rich Niger Delta area of the country.

Wike said that there is still much work to do in the oil-bearing states, which he noted have been greatly devastated by years of oil exploitation over the years.

The PIB 2021 allocates three percent revenue to host communities in the Niger Delta, while a fund for the exploration of oil in frontier basins, mostly in Northern states received 30 percent.

The development generated criticisms, especially from the Southern Governors’ Forum and leaders of the South-South region, including a former minister, Edwin Clark.

It is also recalled Governor Wike, prior to the passage of the bill, had advocated at least 10 percent fund allocation to host communities in the Petroleum Industry Bill when in the National Assembly March this year.

The governor gave the charge when the members of the National Assembly Committee on the Petroleum Industry Bill, visited him at Government House, Port Harcourt, on Thursday.

According to him, it is also necessary that the bill state in clear terms what specific development projects that the allocated fund should be spent on so that development of host communities can be truly actualised.

Wike stated that oil-bearing communities have suffered the loss of their livelihood, good drinking water, and their sociocultural life disrupted because of the insensitivity of the International Oil Companies (IOCs).

“It unfortunate that people produce oil but they live in poverty. I believe that this Petroleum Industry Bill (PIB) committee will make recommendations of how certain percent must be given to the host oil communities.

“There are issues of education and health. Don’t just say 10 percent to the oil host communities. It must be tied to specific projects so that whoever is in charge will know it,” said he.

In the same vein, Mr. Bismarck Rewane, an economist, among several other concerned Nigerians, has also faulted the three percent allocated for oil-producing communities in the just-assented PIB 2021.

The leading economic analyst said the allocation is not the ideal compensation.

Rewane, who is the Managing Director of Financial Derivatives Company Limited, Lagos, has described the development as improper.

He said: “I am not sure that it is fair for the oil-producing communities, who suffer – if you go there, compared to other parts of the country where they produce no oil and see the level of affluence, there are multi-dimensional theft and degradation in the host communities.

“It is rape, and that is what is happening but an imperfect bill is better than no bill.

“I will say, ‘No’ because I come from there but at the same time, what is more, important for the oil communities is the transparency of the money that is spent and the impact it has rather than having a tea party.

“So, directly or indirectly, this is the goose that lays the golden egg. We’ve got to nurture it even though the obsolescence of oil is a declining function of time right now.

“Two, the irrelevance of OPEC (Organisation of the Petroleum Exporting Countries) is staring at us, so, we have to make hay while the sun is shining even though the cloud is overcast.”

According to him, the signing of the bill would bring an end to what he described as the “abuse of NNPC officials in the running of the company.”

Rewane, however, described President Muhammadu Buhari’s assent to the bill as symbolic, and a major milestone in Nigeria.