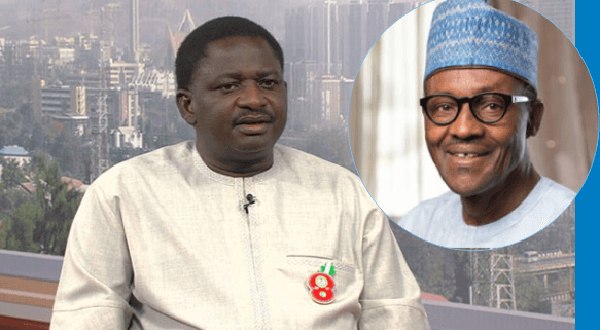 Buhari doing What Obasanjo, Jonathan, Yar’Adua Could Not Achieve – Adesina

The presidency has disclosed that President Muhammadu Buhari who recently signed the Petroleum Industry Act, achieved what ex-Presidents Olusegun Obasanjo, Goodluck Jonathan, and the late Umaru Yar’Adua could not.

Special adviser on media and publicity, Femi Adesina said this in a piece posted on his Facebook page on Thursday, August 19.

Adesina sent cryptic jabs saying in the 16-year total rule by the People Democrtaic Party (PDP) under Obasanjo, Yar’Adua and Jonathan, Buhari did what Napoleon couldn’t do.

According to him, Buhari has proven to be adept at concluding things that had long trounced and vanquished many leaders before him.

“President Muhammadu Buhari has done what Napoleon couldn’t do. Again and again. The Bill had defied Olusegun Obasanjo who introduced it, got the better of Umaru Musa Yar’Adua (God rest his soul), worsted Goodluck Jonathan, but has finally been subdued by Buhari. The man has proven to be adept at concluding things that had long trounced and vanquished many leaders before him.”