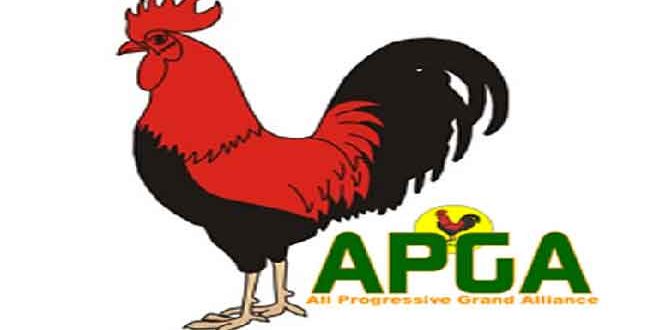 Flicker of hope that Charles Soludo may still be the flagbearer of his party in the next gubernatorial election in Amanda has suffered a major setback.

Owerri High Court has struck out a suit filed by the embattled National Chairman of the All Progressive Grand Alliance Victor Oye, seeking to remove Chukwuma Umeoji as the party’s candidate for the Anambra governorship election.

The court also dismissed Oye’s plea to mandate the Independent National Electoral Commission to delist Umeoji’s name from its published document and replace him with that of Charles Soludo.

Isiguzo also ruled that INEC should continue to accept, recognize and include Umeoji’s name in all electoral processes for the Anambra guber election unless otherwise ruled by an Appeal Court.

The judge, however, granted Oye the leave to appeal against the judgment but refused his prayer for stay of execution of the judgment.

There are however conflicting report : One of such says : Former Central Bank Governor, Prof Charles Soludo has made the list of the Independent Electoral Commission (INEC) replacing his archrival, Hon. Chukwuemeka Umeoji, as the flag bearer of the All Progressives Grand Alliance (APGA) for the November 6, 2021 Anambra governorship election.

INEC in a statement on Thursday said it took the decision after the Commission was served with the judgement of the Court of Appeal Kano Division which set aside the judgement of the High Court of Jigawa State on the leadership of APGA and the nomination of its candidates for the election.