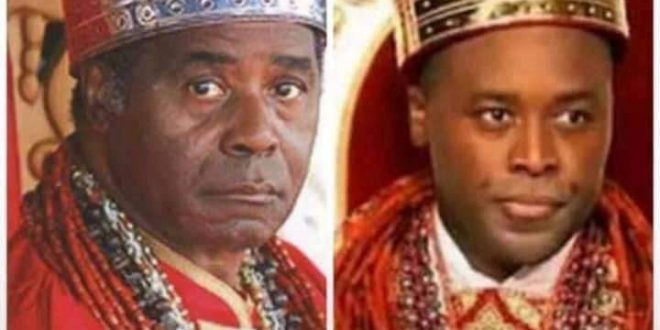 Prominent Itshekiris are already complaining about the attitude of evangelical Christianity displayed by new Olu of Warri at Coronation.

Perharps acting he is like a chip of the old bloc.

There views that the new Olu of Warri is to avoid the mistake of his father Atuwatse 11.

In 2013 Ogiamen Atuwatse 11 shocked the public when he woke up one day and denounced his royal name “Ogiamen” which he chose for himself at his coronation as the 19th Olu of Warri in 1987.

As if that was not enough injury done to the Itshekiris, the king went further to say that he was now “bornagain” as he had accepted the old Jesus Christ of Nazareth as his personal Lord and Saviour hence his decision to dump his “fetish” royal name which translated means, “King of all sea gods and goddesses.”

Atuwatse 11said: “I solemnly confess and testify that there is only One God… and as a priest in the Order of Melchizedek, I use the authority, name and power of the Blood of Jesus to destroy all ancient and new altars in Iwere land not raised up to the Lord by the laws governing the new covenant of life in Christ.”

This embarrassing declaration of the monarch was angrily rejected by the Itshekiris, calling for him to retain his royal name and desist from further degradation of their traditions or vacate the throne… And reason prevailed.

The Olu, still rooted in evangelical Christianity, however rescinded his decision to denounce his name but avoided performing periodic rituals to the gods of the land and his ancestors and instead dedicated himself fully to the activities of the Foursquare Church.

With the enthronement of his son as Olu of Warri, who himself seems to be a chip of the old block, one can easily see another repudiation of fundamental Itshekiri traditional beliefs coming considering how he burst into Pentecostal songs immediately after he was crowned. If he is such a gifted singer couldn’t he have sang Ishekiri folk songs?

When a deity becomes arrogant it will be shown the wood it was carved from. The Olu of Warri is enthroned to serve Iwere land and he should enshrine the culture and traditions of the Itshekiris in everything he does or he risks being dethroned. The king is nothing without the people. The king must carry the people along in the culture and traditions of Iwere land. Kings come and go but the kingdom remains forever.