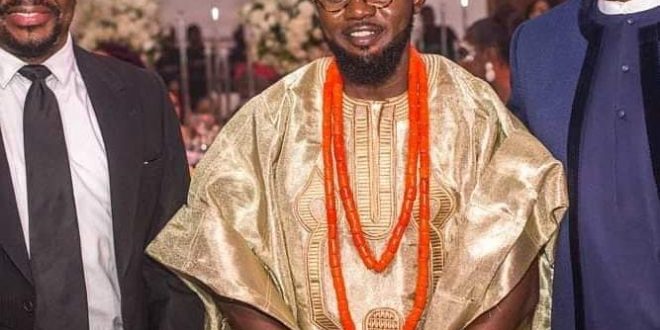 Talented comedian and entertainment entrepreneur @aycomedian was cynosure of all eyes at his 50th birthday dinner.

Anchored by Darey and Dayo Benjamin-Laniyi, the glittering ceremony which was coordinated by Ohi Momodu, Lanre Makun and the celebrant’s beautiful wife, Mabel began with a short prayer by famous man of God, Pastor Ituah Ighodalo after which the celebrant, adorning a traditional Yoruba attire, made a spectacular entry into the arena heralded with african traditional drums and a session of ewi (traditional panegyric).

The Ondo State indigene who grew up in Warri, Delta State was all smiles as he saw friends and family cheer gleefully when he made his way to the top table. It was obvious that he was awash with undiluted joy.

In the course of the event, there were a few speeches and a documentary but it was a turbo-charged, fun-filled  ceremony with loads of entertainment and victuals. Stars who thrilled the audience included: Reekado Banks, 9ice, Mr. P, Kcee and the big surprise of the evening was none other than the undisputed juju maestro, King Sunny Ade, who with Veentage Band, thrilled guests till the wee hours of the morning.

Despite the fact that the event was held on a work day, the venue was filled to capacity, an indication that AY has not only made an impact at 50 but has garnered tremendous goodwill in and around his industry.