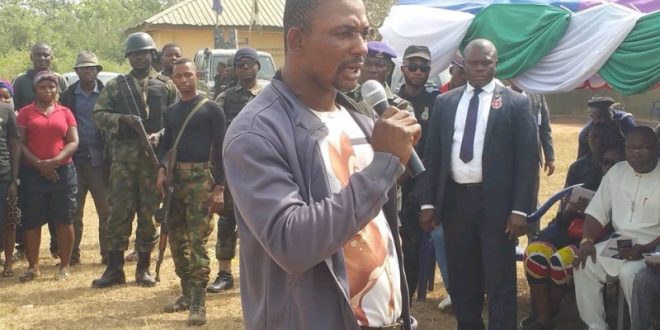 The decapitated body of Mr Thomas Tawo aka General Iron surfaced on Thursday evening after he was killed in a gun duel with soldiers and local vigilantes.

Mr Tawo who was Special Adviser on Forest Security to Senator Ben Ayade was sacked two weeks ago for attacking a former lawmaker Mr Mark Obi in Boki Local Government Area of the state and he took to the forest with his gang to perpetrate criminal activities.

A source in the area confirmed that Mr Tawo shortly after his sack went on rampage, attacking persons whom he accused of being behind his sack prompting soldiers and local vigilantes to hunt for him.

“Soldiers combed the Boki forest for close to a week looking for him and could not locate him but few hours after the soldiers left, General Iron and his men emerged from the forest to cause more mayhem by attacking all those he claimed worked with soldiers to hunt for him,” a source said.

He said soldiers had to return to the forest to search for him and on Thursday evening he engaged soldiers who tried to arrest him in gun fight leading to his death and his hands and feet hacked off.

He said soldiers are still searching the Boki forest and palm estate for his loyalists.

The Permanent Secretary, Special Duties in the Governor’s Office, Dr Alfred Mboto who confirmed the death of the man warned criminals in the state to stop their nefarious activities or suffer the same faith