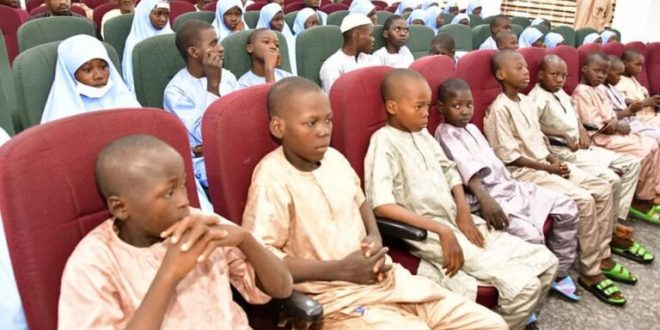 Abubakar Alhassan, headmaster of Salihu Tanko Islamiyya school, Tegina in Rafi LGA of Niger state, says the late TB Joshua, founder of the Synagogue Church of All Nations (SCOAN, contributed to the rescue of the abducted pupils.

Alhassan disclosed this while speaking to journalists on Friday after the pupils, who were abducted on May 30, regained their freedom.

Joshua passed on in June, two months after suffering a stroke, and some sympathisers affirmed his philanthropic works after his death.

Commenting on the efforts put in place to secure the release of the pupils, Alhassan said the state government, Muslim and Christian clerics, and other well-meaning Nigerians contributed towards securing the freedom of the children.

“The government contributed; individuals have contributed; the imams, pastors have also contributed. Even I received a call from TB Joshua, he is a Christian, but he contributed,” Alhassan said.

The headmaster further said 93 pupils were abducted, contrary to initial report that the abductees were over 100.

He added that two other children, who were neighbours of the school, were also kidnapped, bringing the total to 95.