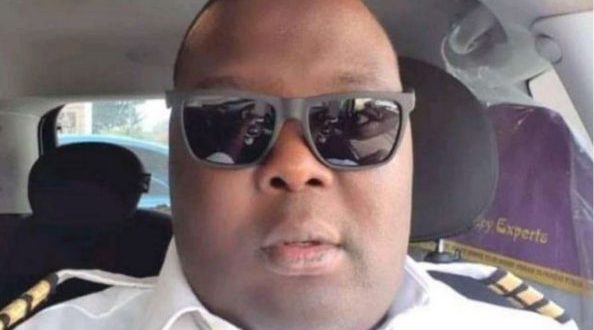 The 36-year old pilot who recently got married was tied and strangled at his Malali residence in Kaduna, after which his vehicle and other properties were carted away by his killers.

Mr. Abdulkarim Na’Allah, the eldest son of Sen. Bala Ibn Na’allah, was, on Sunday, found dead in his room in Malali GRA, Kaduna.

The 36-year-old son was a pilot by profession

Special Adviser to Senator Bala Na’Allah, Garba Mohammed says the assailants gained entrance into the house through the roof.

He adds that a neighbour’s security guard noticed the gate of the deceased home opened and immediately raised alarm which led to the discovery of his body.

The slain pilot has been buried at the Unguwan Sarki cemetery according to Islamic rights.

He said that the father of the deceased was not in the country.

Previous Presidency explains reasons for troubles here & there in Nigeria
Next Coal pot and Charcoal, getting popular as alternative to cooking gas