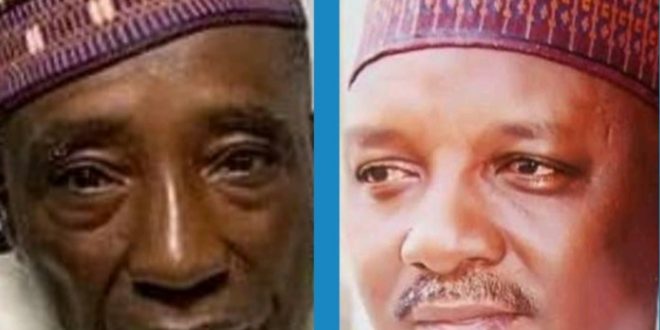 The Minister of Agriculture, Mohammed Nanono and his Power counterpart, Saleh Mamman, were sacked in a bid to reinvigorate his cabinet and consolidate legacy achievements.

Buhari also hinted that the contributions of the ministers could be considered “weak”.

“These significant review steps have helped to identify and strengthen weak areas, close gaps,” he added.

The president said this in his address during the Federal Executive Council meeting on Wednesday in Abuja.

A copy of the address was made available to our correspondent by the president’s special adviser on Media and Publicity, Femi Adesina.

Buhari also noted that the ministers were sacked after an independent and critical self-review of their performance.

Though the president did not reveal the rating of the sacked ministers’ performances, many Nigerians have continuously complained about the poor state of power and high price of food in the country.

Buhari said that the sackings of the ministers was to also close gaps, build cohesion and synergy in governance, manage the economy and improve the delivery of public good to Nigerians.

The president explained that the sacked ministers had earlier been informed, adding that vacant positions would be filled in accordance with the constitution.

“In due course, substantive nominations will be made to fill the consequential vacancies in accordance with the requirements of the constitution.

“I have personally met with the departing members to thank them for their contributions to discussions in cabinet and the invaluable services rendered to the nation.

“Today, effectively marks their last participation in the Federal Executive Council deliberations and I wish them the best in all future endeavours,” he said.

President Buhari, who announced the minor reshufflement during the Federal Executive Council, FEC, meeting, said it would be a continuous exercise.

This is the first time the President is taking such action since over six years he took over government.