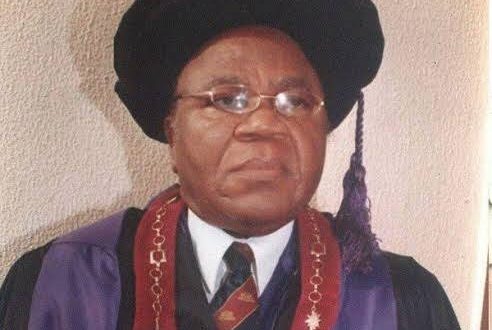 One of the founders of the famous EKO Hospital, Dr. Amechi Obiora, is dead.

He was the ‘O’ in the acronym, EKO, derived from Eneli, Kuku, Obiora, the three doctors that founded the highbrow Ikeja, Lagos based hospital.

A close family source informed News Express this morning that the renowned Anambra State-born medical practitioner died after a brief illness at age 85.

Late Dr Obiora studied at Edo College in Benin City in today’s Edo State on a scholarship and at Government College in Owerri, in today’s Imo State, also on a scholarship, on account of his superior intellect. He was, in addition, an outstanding student at the medical school of the University of Ibadan from where he graduated in 1964. His record at the Royal College of Surgeons in Scotland was no less impressive. He rose rapidly to the position of Senior Lecturer at the College of Medicine, Lagos University Teaching Hospital (LUTH).

As one of the three founders of EKO Hospital – the other two being Dr Alexander Eneli and Dr Sunday Kuku – Dr Obiora helped set up a private hospital in Nigeria which meets international standards. It is one of the few private medical facilities where young doctors officially go for further knowledge and skills. EKO Hospital has also helped stem the tide of foreign medical tourism and saved Nigeria scarce foreign exchange.

Previous Opinion : Who will save this generation ?
Next CBN receives 8m applications for Covid loans, disburses N400bn