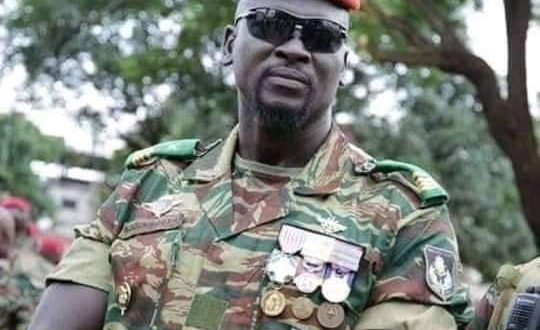 The arrow head of that Sunday coup in Conakry

Mamady Doumbouya was a corporal in the Foreign Legion in France before Alpha Conde appointed him battalion commander when he returned to his native country in 2018.

A year later, in 2019, Doumbouya was promoted to the rank of lieutenant-colonel and then promoted to colonel in 2020.

After the military high command gave Conde lukewarm support in his bid for a third term, he purged the presidential guard and create a group of special forces that Doumbouya was posted to, who were loyal and well-equipped to him.

He is the arrowhead of the Sunday coup in Conakry. Highpoint of his speech on State Television was, “The personalization of political life is over. We will no longer entrust politics to one man, we will entrust it to the people.”

He added, “I am acting in the best interests of the nation of over 12.7 million people. We have dissolved the constitution and the government. We plan to form a transitional government and would give further details later.”

Tags slideshow. news The arrow head of that Sunday coup in Conakry