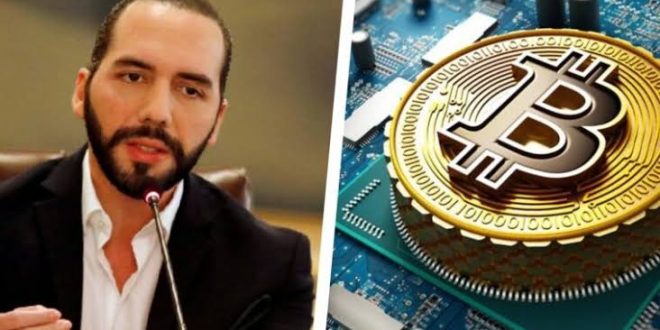 History is being made today ! ..El Savador from today, Tuesday becomes the first country in the world to make Bitcoin an official legal tender, the government announced in a statement on Monday.

In preparation for its adoption, the country has commenced installing Bitcoin ATMs to enable citizens to convert cryptocurrency into dollars and withdraw it in cash.

This followed lawmakers’ votes to legalise cryptocurrency in June.

Although the Central American country believes that the measure will boost its economy, many of the 6.5 million population who have little or no knowledge of how cryptocurrency works had kicked against it since it was announced, while others embraced it.

“Other countries, in particular other Central and South American nations, will be watching with great interest to see if the experiment works to shore up El Salvador’s shaky economy,” Mr Green said in a statement.

He, however, admitted that President Nayib Bukele’s adoption of cryptocurrency as national currency alongside U.S. dollars would come with risks.

Last week, Salvadorans took to the streets to protest against the possible risks.

Previous Footballer dies after 39 years in a coma
Next 2 brothers kidnapped their father for ransom, eventually kill him