Home » Entertainment » Celebrity » Footballer dies after 39 years in a coma 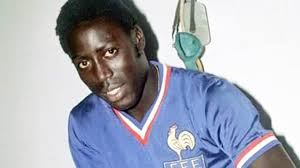 Footballer dies after 39 years in a coma

Jean-Pierre Adams played 22 times for the France national team from 1972 to 1976 and also made 41 appearances for Ligue 1 giants PSG. He died at the age of 73

French footballer Jean-Pierre Adams has died at the age of 73 after spending 39 years in a coma.

Adams was 34 when he slipped into a deep coma in 1982 following an anesthesia error during routine knee surgery at Lyon Hospital.

He was said to have been in ‘great shape’ going into the operation and was expected to wake up after only a few hours.

But Adams remained in the coma for 39 years.

Adams was pronounced dead on Monday at the Nimes University Hospital.

Tags Footballer dies after 39 years in a coma slideshow. news