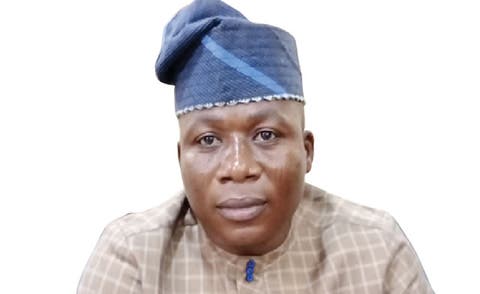 Sunday Igboho lambasts His Lawyer For Disrespecting Him

Embattled Yoruba nation agitator, Sunday Adeyemo aka Sunday Igboho, has stated that he is not afraid of the Federal Government even if he is extradited back to Nigeria.

Igboho, in a leaked conversation said that he has accepted his fate with respect to his current travails.

Igboho has spent over one month in detention since he was ‘arrested’ by the operatives of Brigade criminelle (Criminal Brigade) on July 19 in Cotonou.

The 48-year-old agitator, who was first detained at the Brigade économique et financière (BEF), is at Prison Civile de Cotonou — Cotonou Civil Prison.

In the last judgment, the Cour De’appal De Cotonou ordered that Igboho should be kept in custody.

he also berated one of his lawyers, Ibrahim Salami, for allegedly disrespecting him.

Igboho, in a leaked conversation posted by BBC Yoruba, said that he has accepted his fate with respect to his current travails.

Recounting the issue between him and Salami to one of his supporters on phone, Adeyemo explained how he walked out on Salami when he came to see him inside the Benin Republic prison.

He said: “I told him (lawyer) I was hungry and had to eat, and he told me to go. I told him to see me; it wasn’t because of those people that he came here now. I was waiting for him for 15 minutes. If he had told those people to give him time to attend to his client, that one would not have said anything because he knew you came there because of me.

“But he abandoned me where I was. I didn’t know him before now; I wasn’t expecting him at all. I didn’t know it was Salami that lawyer, Falola, would be sending. I’m not a young boy now; I’ll be 50 years by October this year. I might have a small body but God answered my prayers. I’m a man and I know my worth.

“Are the lawyers God? The lawyers that can’t convince a judge to release me; see how many they are, about 10 of them, are those ones lawyers? The lawyers can’t let them remove handcuffs from my hands for seven days until Falola came. It wasn’t small money that they collected, some collected N5million, some N4million. I’m not afraid of any one of them.”

The visibly angry Igboho in the audio conversation said: “It is because of the situation of things, I am a man, I’m a one-million man, I swear to God. Even when there is no man anywhere, I’m still that strong man to reckon with.

The visibly angry Igboho in the audio conversation said: “It is because of the situation of things, I am a man, I’m a one-million man, I swear to God. Even when there is no man anywhere, I’m still that strong man to reckon with

“My journey in life is between me and my God, I have accepted my fate where I’m currently. I’m not afraid of anything again, except my God.

Even if taken before the Judge, I’ll tell him I’m not afraid of him except God. He can do anything to me.

“I have been winning my cases in Nigeria even (Attorney General of the Federation, Abubakar) Malami was forced to appeal some of them.

“It got to a stage he claimed he wasn’t aware of DSS (Department of State Services) attack on my house. He claimed he didn’t send them.

“It wasn’t the power of the Beninese government that made me to be here, it was because God wanted it like that. And I’m sure God will soon release me from prison even if all lawyers say they are not ready to defend me again.

“I’m not afraid of anything or anybody again. If it’s Nigeria, let them take me there. My father was very powerful when he was alive, but he died. He and my mum were very poor. But look at me today, I’m rich.”