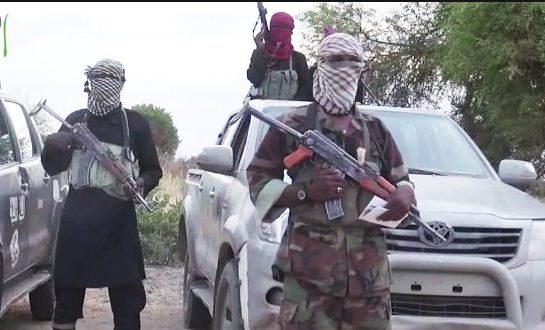 There are reasons to believe that the bandits, and kidnappers have change their tactics in heinous crimes !

Beyond random raid, killing and maiming, there are more than enough indications that they now orchestrate, plan and then attack.

And those in authority like Senators are now their targets.. They get bigger money.. And the bargaining power for Ransom increases.

The attach on Nigeria Defense Academy, seems to be a factor.

For example just yesterday, among those kidnapped in Katsina State were three children of the Deputy Provost of the Isa Kaita College of Education, Dr Ismaila Funtua, and a retired director of the National Broadcasting Commission, Alhaji Ahmed Abdulkadir, and his teenage daughter

The ex-General Manager of the State Television (KTTV), was whisked away alongside his teenage daughter by another set of bandits.

Two weeks ago, Bandits killed three persons, including a pilot in separate attacks in the Kaduna North and Kajuru local government areas of Kaduna State.

The pilot, Abdulkarim Bala Na’Allah, the eldest son of Senator Bala Na’Allah, was killed by the hoodlums in his Malali GRA residence in the Kaduna North Local Government Area of the state on a Sunday.

Then last weekend, Gunmen suspected to be bandits, on Saturday night, attacked the country home of a member of Katsina State House of Assembly representing Bakori Constituency, Dr. Ibrahim Kurami.

The country house is located at the lawmaker’s village, Kurami, Bakori Local Government Area of the state.

In a similar vein, many are still in shock over the sudden death of a member, Zamfara State House of Assembly representing Shinkafi constituency, Muhammad Ahmad.

Ahmad, who was the Chairman of the House Committee on Appropriation, was killed by gunmen who attacked his vehicle along Sheme-Funtua road in Katsina State while on his way escorting his son to board a flight to Sudan where he is studying.

Convoy of Kano State Governor, Dr Abdullahi Ganduje, was attacked by gunmen on a Tuesday in July this year in the night while returning to his state from Zamfara.

Three policemen, attached to his convoy suffered varying degrees of injury during the attack.

Verily terrified, two weeks ago, Katsina State House of Assembly members on Monday burst into tears at a plenary deliberating over the issue of insecurity afflicting many Local Government Areas of the state.

The Deputy Speaker of the house, Alhaji Shehu Dalhatu-Tafoki, had earlier presented a motion of urgent public importance over the level of insecurity in the state at the plenary presided over by the Speaker, Alhaji Tasi’u Maigari.