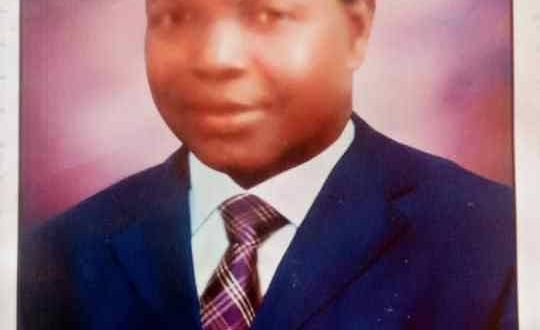 Shock and disbelief were the order of the day recently in Ohunbe community in Yewa North Local Government Area of Ogun State when a Pastor turned around to claim a child he had rejected for 35 years saying he was not the father of the baby.

Pastor Kunle Adeoye reclaimed a now fully grown Habibat and renamed her Abigail. This was after he had denied paternity of the fully grown woman for 35 years.

Pastor Kunle Adeye had since the day his girlfriend, Adijat Sunmonu, declared he was responsible for her pregnancy had refused to accept responsibility.
Kunle’s rejection then was based on the ground that the pregnancy must either belonged to Adijat’s elder sister’s husband or one Jomo (both late) who were also allegedly dating her a the time.

Furthermore, he believed that since the date of the delivery did not tally with the date they had sex and that inability of Adijat nor anyone from her side to inform him of her delivery six months earlier confirmed it was a gimmick to force the pregnancy on him to cover her alleged promiscuous life.

It was gathered that several attempts to do a DNA test to determine the real paternity of the child were frustrated by Adijat who always disappeared with the child on several fixed dates of appointment.

However, many were shocked recently when Pastor Kunle went behind his legal wife to accept the child and changed her name from Abibat to Abigail.
The decision to accept the girl several years have brought about controversies as many were surprised at the action of the Pastor.

Not many were convinced that the Pastor’s sudden turn around may not be unconnected with a desperate move to avoid being childless as he is drawing close to 60 and yet to have a child with his legal wife.

Many others also claimed the Pastor’s change of mind was to fulfil his father’s wish who was reported to have ordered the Pastor to either accept the child or forfeits his inheritance.

Pastor Kunle’father passed on last month (August) and will be buried on September 9, 2021.

However, there is fear that Kunle’s legàl wife of many years who was never aware of her husband’s escapades with Adijat until several years in the marriage may suffer abandonment.

It was gathered that the mother of the Pastor, Mrs. Segilola accepted Adijat and the child and had wanted Kunle’s wife to also accept the child.
Madam Segilola had allegedly warned the wife that if she was not able to convince her husband to accept the child, she would not have a child and she has not since their marriage was consummated several years ago.

Previous Arewa Forum chieftain slumps, dies in office
Next Annie threatens to ‘scatter everything’ as 2Baba flees to US