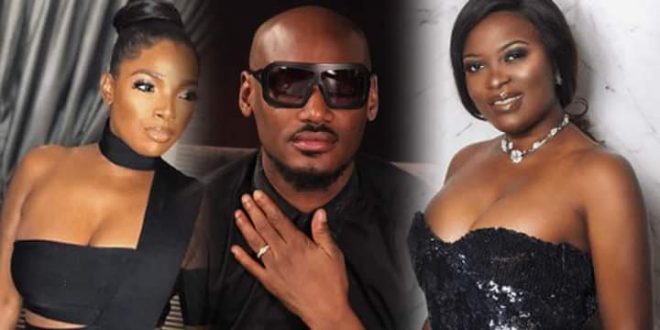 Annie threatens to ‘scatter everything’ as 2Baba flees to US

Annie Idibia, the Nollywood actress, has threatened to “scatter everything” after she claimed 2Baba had fled the country to the US amid the crisis rocking their marriage.

The spotlight has continued to beam on the couple ever since Annie called out her husband for allegedly spending nights with his baby mama on the ground that he was visiting his kids.

It also elicited different reactions on social media platforms, as the families of the lovebirds engaged in a wave of heated outbursts.

But in a dramatic twist on Wednesday, Annie claimed her husband “is on his way to America” with the help of his cousin and manager in a now-viral audio recording.

“I am going to scatter everything. Nobody knows the wrath of an angry woman. I ruin everything. Hello, Idibia family, this is Annie. Today, everything was peaceful nothing happened,” she was heard saying.

“My husband told me he had a shoot today only for him to pack his things and his stupid cousin, Franky helped him plan it. His family does not love me, they hate me.

2Baba flees to US Annie threatens to ‘scatter everything’ as slideshow. news 2021-09-09
Younews Ng
Share

Tags 2Baba flees to US Annie threatens to ‘scatter everything’ as slideshow. news