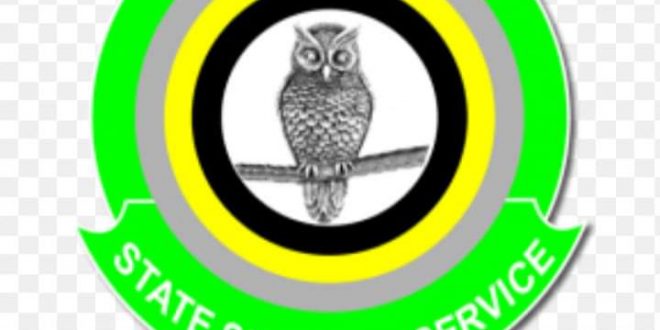 The Department of State Services (DSS) told the Federal High Court, Abuja that some criminal elements – “one chance’’ had stolen its case-file.
The DSS said the case file contained the fundamental rights enforcement suit filed by the 12 associates of Yoruba nation agitator, Sunday Adeyemo (aka) Sunday Igboho.

When the matter was called on Wednesday, counsel to DSS, Mr Idowu Awo, said the file which contained the court processes served on the DSS by the aides was stolen from a member of the service legal team.

Awo said the “one-chance’’ thieves snatched the case-file from his colleague, who unknowingly boarded their vehicle.

The 12 associates of Igboho instituted the rights enforcement suit against the DSS for parading them in the media as common criminals.

In the suit, the aides are seeking a declaration of court that their detention beyond 48 hours and their media parade without a court conviction constituted a breach on their fundamental rights.

They are also seeking an order of perpetual injunction restraining the DSS from interfering with their personal liberty and freedom of expression.

The associates also prayed the court to order the DSS to pay them N100 million for aggravated and exemplary damages, for what they described as a serial breach of their constitutional rights.

Counsel to the 12, Mr Timilehin Odunwo, told newsmen that his clients were also asking for an order restraining the DSS from any further harassment.

The judge, Justice Obiora Egwuatu, however, ruled that the case file be returned to the registry for reassignment to a regular court.
Egwuatu said since the court’s annual vacation was almost over, he would not have time to hear and determine the matter as a vacation judge.

The News Agency of Nigeria (NAN) reports that operatives of the DSS on July 1 raided Igboho’s residence in Oyo and arrested 12 of his supporters.
They were subsequently moved to the Federal Capital Territory (FCT) where they were detained.

Subsequently, the detainees, through their lawyer, Mr Pelumi Olajengbesi, filed an application asking the court to inquire into the circumstances constituting the grounds of their arrest and detention since July 2.

Olajengbesi further asked the court that where it deemed fit, his clients should be admitted to bail.
Ruling on the application on Aug. 4, Justice Egwuatu admitted all the applicants to bail.(NAN)