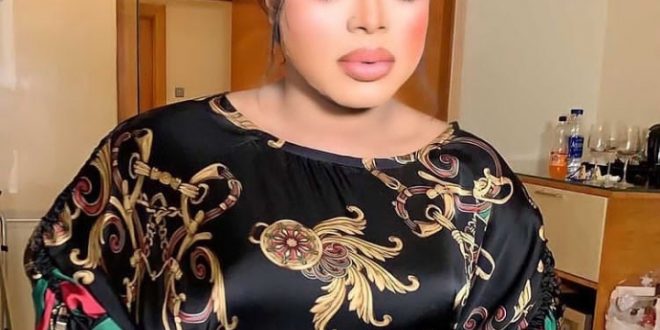 This follow the Ivorien taking to social media to flaunt her baby bump and asking her followers to guess who the father is.

Oye Kyme’s pregnancy is coming just a few months after calling Bobrisky out over domestic violence.

She was invited over to Nigeria by the crossdresser after she drew a tattoo of him on her body a few months ago.

Bobrisky made Oye his PA, and she occupied his apartment for only 3 months before leaving over alleged domestic violence.

Oye Kyme claimed Bobrisky would beat her up at the slightest of provocations.

She also shared videos and photos alleging other shocking accusations against the male barbie, all of which were strongly denied by Bobrisky