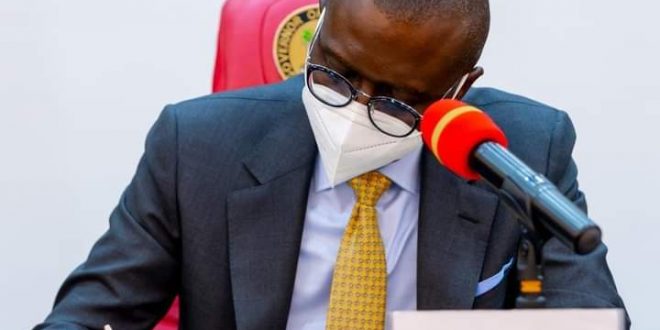 Lagos State Governor Babajide Sanwo-Olu has signed into law the State VAT Bill as passed by the House of Assembly.

The Governor signed the “bill for a law to impose and charge VAT on certain goods and services” at about 11. 45am today , after returning from an official trip to Abuja .

By this act, the Bill has now become a Law.

Meanwhile, sources within the Lagos State Inland Revenue Service has revealed that the tax agency was already putting together a VAT unit as the governor had signed the bill into law.

A senior employee at the LIRS said the tax agency would need to train its staff on VAT collection and set up platforms for collection.

The source added, “The irony is that in the last couple of months, many of our staff left for the FIRS because the FIRS pays better. With this new VAT revolution, we may even earn more than the FIRS. I was informed that a VAT unit will be set up and a structure will be put in place for collection.”

The latest action of the Lagos State Government is a sequel to the same move by Governor Nyesom Wike of Rivers State, who on August 20, 2021, signed the Valued Added Tax Law No. 4 of 2021 and some other bills into law.

While signing the law, Wike said, “We (Rivers State) are standing on the part of history as representatives of the state to have taken the bull by the horns to challenge the illegality of the Federal Government through the Federal inland Revenue Services.”