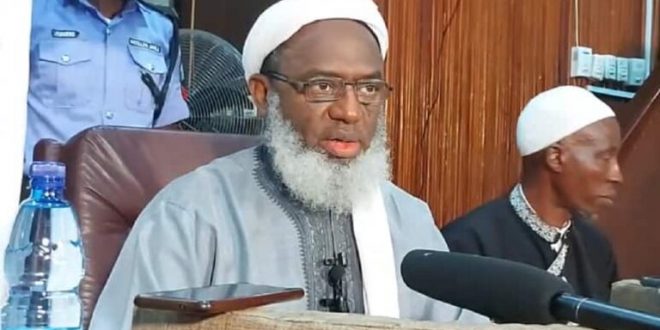 The Scholar Islamic cleric, Sheikh Ahmad Gumi, on Friday, has called President Muhammadu Buhari to create a federal ministry of Fulani herdsmen to address the grievances of bandits and killer herders terrorising the country.
Mr Gumi, a self-appointed intermediary in the ongoing crises of banditry and killer herdsmen, said in a Facebook post on Friday that bandits should be rehabilitated like Niger Delta militants, adding that declaring war against bandits would be futile.

“Some said we have tried amnesty but it didn’t work. You didn’t try amnesty but tried amnesia. Amnesty without rehabilitation, reconciliation, and reparation is no amnesty,” Mr Gumi said.

“Ask the former Niger Delta Militants who killed security men in the past what an amnesty is. What stops us from having a federal ministry of Nomadic Affairs where their grievances and complaints will be addressed?”

President Umar Yar’Adua implemented an amnesty policy that saw the rehabilitation of thousands of Niger Delta militants who had waged a decade-long war on oil facilities across the region.

Mr Gumi’s statement came days after Katsina Governor Aminu Masari openly admitted that Fulanis are the bandits and herders responsible for the widespread killing and abduction across the country.

Mr Gumi said his efforts to get amnesty for bandits and killer herdsmen have been sabotaged by President Muhammadu Buhari’s decision to deploy troops against violent criminals.