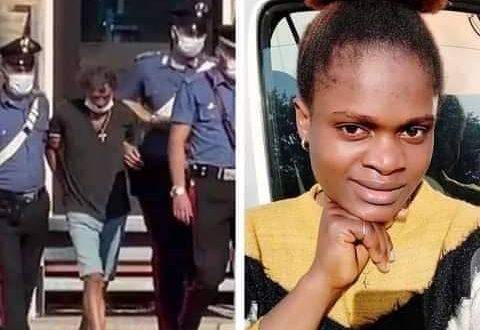 31-year-old Amenze was killed in full glare of her colleagues in the parking lot of Mf Mushroom, a company where she worked on Friday morning, September 10, in Noventa Vicentina.

The man was tracked down in a house near his home in Villaga, hidden in a chicken coop, still with the gun in his pocket.