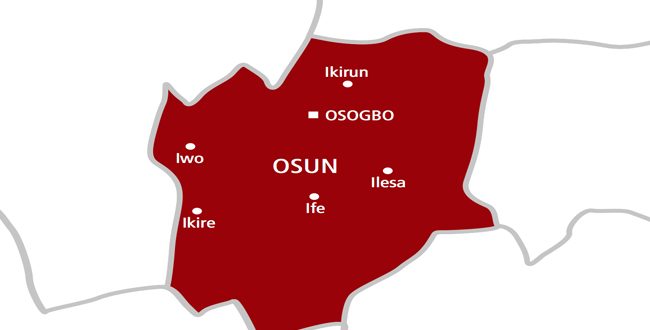 A seller of locally brewed liquor, aka Ogogoro, in Ifon Orolu, Osun State, Mumini Olanipekun, on Sunday, allegedly stabbed to death one of his customers, identified as Wale, during a scuffle at his pub.

The suspect, it was learnt, reported himself at the Ifon Police Division on Monday.

A fight had ensued between Olanipekun and Wale when the latter visited the pub for a drink.

During the fight, the suspect allegedly stabbed the deceased in the neck and stomach with a broken bottle, as he fled the scene.

A resident, said that the victim died on the way to a hospital.

He said, “The incident happened late on Sunday. The owner of the pub, Mumini Olanipekun, got into a fight with one of the patrons, Wale. During the fight, Olanipekun was said to have stabbed the deceased with a broken bottle in the neck and stomach.

The deceased did not die on the spot. I was told he died on the way to a hospital. I don’t know the cause of their fight, but all of us in the neighborhood were seized with fear after those that witnessed the incident fled after the man died”