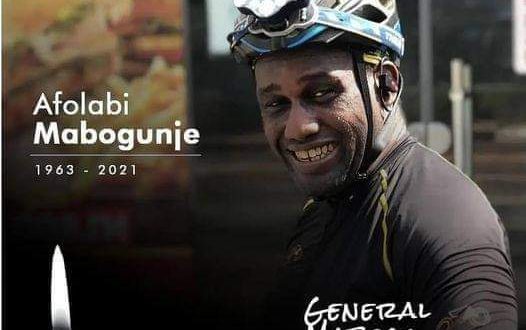 On September 15,2021, the Cycology Cycling Club lost a brother, Our General, Dr Afolabi Mabogunje aka “General Mabogs”
Mabogs went for a ride was attacked last week Thursday morning as he was waiting for the rest of the cycling group. He was stabbed 5 times. His phone was taken and he was left for dead.

Mabogs got up, got back in his bike and cycled with one hand on his handlebar and the other applying pressure to this severed jugular till he got to the nearest GTBank where he borrowed a phone to call his wife.

He was taken to the hospital and after a week of fighting, he passed on.

Mabogs was a gentle giant and his death was so violent and senseless.

He leaves behind a loving wife and two children, though he was a father to many cyclists.

He was passionate about cycling and Nigeria. He cycled almost 110,000km in his lifetime. May he rest in perfect peace.