I call it the rising sun; we must rise non-stop. Geography taught us the sun rises in the East and sets in the West. It is not surprising, rising is forever. If you stop rising, you are dead. You came to the world to grow, to fight without caring about the opinion of anybody.

The costume is similar to IPOB flag; are you an IPOB member, do you support them?

It (the costume) has nothing to do with IPOB. You can talk about the similarity of colours but it doesn’t make them the same.

In any case, in the North and everywhere, you have people who wear military camouflage; it is not a civilian dress and you allow them to wear it.

Speaking on his support for IPOB or whether or not is a member of the group?

He said ” Everything about freedom, give it to the Igbo people. Don’t put them in bondage; you have no right to put them in bondage. We all came to fight for project Nigeria like the late Dr Nnamdi Azikiwe, Obafemi Awolowo and Tafawa Balewa, but if you don’t want the country to be one entity, allow the people to go their (separate) ways.

Why did you wear the attire despite knowing the security situation in Anambra State?

I am an entertainer; I like flamboyance and variety. When I came out in that costume, I saw that it offended no one. Why are you imputing meaning that has nothing to do with this?

You caused all these problems by waking up a dead lion. You gave it the interpretation that snowballed into a crisis. Has anyone disturbed anybody for wearing babaringa or ishiagu? I don’t see any problems here.

Another child, 8yr old, Kidnapped, murdered by neighbour in Kaduna 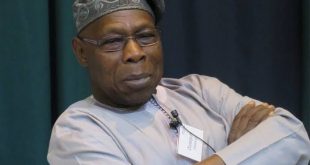 Obasanjo: Nothing will make me return to PDP 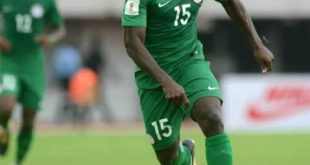 This Moses !..Shall we say another Austin JJ Okocha is here ?

Moses Simon is damn good at what he does . The striker’s mesmerizing Dribbling runs, ...