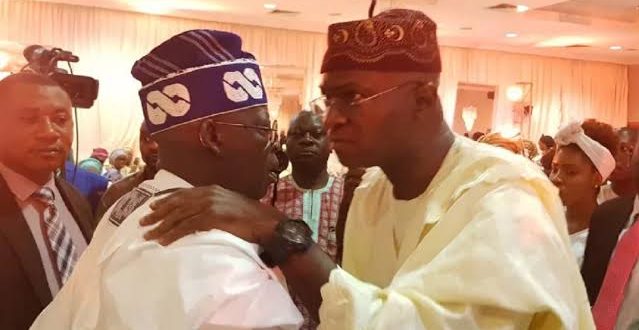 Fashola reveals thinking about his interest, Tinubu in 2023 presidency

Minister of Works and Housing, Babatunde Fashola, has urged Nigerians to wait till January 2022 for the National Leader of All Progressives Congress, Bola Tinubu, to declare whether he will be running for president in 2023 or not.

He stated this on Channels Television’s ‘Hard Copy’ programme aired on Friday night.

Of recent, posters and billboards advertising the rumoured presidential bid of Tinubu who was Lagos governor from May 1999 to May 2007 have been seen in major cities including Lagos and Abuja.

Though Tinubu has yet to declare his intention to contest any office in 2023, there have been reports and veiled indications that he might be interested in the exalted seat.

The South-West Agenda 2023, a political movement mobilising support for Tinubu to contest the 2023 presidential election, was inaugurated in Lagos in October by Lagos State Governor, Babajide Sanwo-Olu, and other party chieftains.

Tinubu, who celebrated his 69th birthday in March 2021 and command an arguably large following of political loyalists, has been reported to nurse presidential ambition in 2023, even as political debates get intense for a Southern President after the eight-year regime of the incumbent,
Muhammadu Buhari, who is from Katsina State, North-West Nigeria.

Some groups and persons have also said aside from Tinubu, Vice-President Yemi Osinbajo; Ekiti State Governor, Kayode Fayemi; and Fashola are equally capable to be Nigeria’s President.

Asked whether he is speaking for any aspirant come 2023, the minister said, “As far as I am aware, nobody has said, ‘I want to be Nigeria’s President’. There are people speaking for people. Nobody has come out, we are not at that stage yet.

“I can venture out and say that I will speak for X or Y. Let the person come out and say, ‘I want to serve Nigeria’.

“It pains me sometimes when we see that very important job and responsibility to, ‘My people said’. I think the whole sense of it should be that I am able, I have look at myself, give me your problem, you go to sleep’.”

On whether he will support Tinubu’s rumoured 2023 presidential bid, the two-term ex-governor of Lagos said, “I saw him last week, he didn’t tell me he is running for office and to the best of my knowledge the last statement he made on it is that people will know in January.”

Fashola also said he has not asked Tinubu whether he is interested in the 2023 President or not. “No, I didn’t ask him, I just went to ask how was doing. He has issued a statement that, ‘I will speak in January, so let us wait till January,” he said