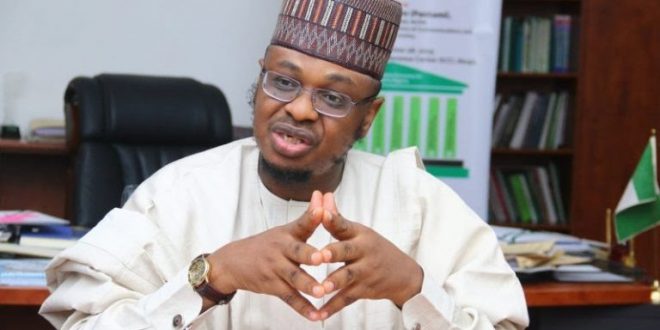 MTN, Mafab acquire 5G for $547m each, must pay by February

The Nigerian Communications Commission auction for its two available lots of 100 MHz TDD slots of 3.5 GHz band for the deployment of fifth-generation network in the country has been won by MTN Nigeria and Mafab Nigeria Communications Limited in a live auction held in Abuja on Monday.

The NCC had recently approved MTN Nigeria, Mafab and Airtel Networks Limited for the bidding process.

The three companies participated in the Monday’s 5G auction and the bidding began at $199.37m, as against the reserve price of $197.4m set by the NCC.

After about eight hours and 11 rounds of bidding, the auction ended at $273.6m for each available lots, and MTN and Mafab emerged as winners.

Bidding was set at $275,904,886 for the 11th round. Airtel remained in the bidding process until the last round when it fell off.

Mafab, led by Alhaji Musibau Bashiru, is a new entrant in the telecoms sector and was licensed in July 2020. The company has an international data access licence from the NCC. The winners have until February 2022 to pay for the spectrum, or lose it.

According to the commission, if the winner does not hold a Unified Access Service Licence, which is the operational licence for the frequency spectrum, it need to acquire the UASL at an additional fee of N374.6m.

The first six rounds of the auction lasted for 20 minutes and the second five rounds lasted for 10 minutes.

Meanwhile, the Minister of Communications and Digital Economy, Prof. Isa Pantami, has assured stakeholders that 5G will not compromise security in the country.

Pantami had spoken earlier at the auction of the 3.5 gigahertz spectrum organised by the NCC.

The minister said 5G would solve some of the security challenges in the country.

He added, “The review showed that 5G is safe for deployment in Nigeria and will not compromise our security as a country.”

Previous Fears about 5G removed, the advantages
Next Northern Alliance endorses Tinubu for 2023