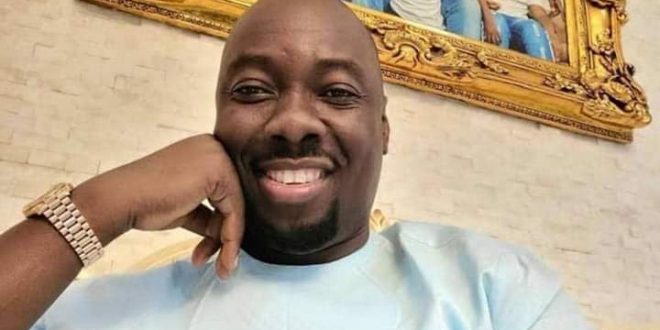 Cubana to sponsor hawker who gave prisoners money to university

L Ekuma Jeremiah, the young hawker, who was caught on camera in the Ajah area of Lagos, earlier in the week, giving money to person’s who were being transported to prison in a Nigerian Correctional Service van his found favour in billionaire Obi Cubana’s eyes.

He has made known his intention to sponsor the young boy’s tertiary education in any institution of his chosen.

Speaking during the short Instagram live interview, Obi Cubana said, “Love should be shown in our actions and not just in our words. I want to meet the young boy who despite being a hawker, gave N100 notes to people in a prison van and was not even aware that he was been filmed by a concerned passerby who was driving on the same road.

“Anyone who knows him should connect the boy with Daddy Freeze or me. I want him to go to school in good condition, and I would see him through the University, and if he wants to do his Masters degree abroad, I would also make sure that he is comfortable while going to school because his generosity touched me.

“I would do whatever he wants for him, and by God’s grace, when he is done in school he would get a top-level position at any of my organisations, and if he, however, finds a higher calling, he is free to do as he pleases. The most important thing is that I want him to know that he now has a mentor who would guide him through this tough world.”

Previous Torture victim demands ten million naira COMPENSATION from Lagos police
Next Eguavoen should be made substantive, not interim coach