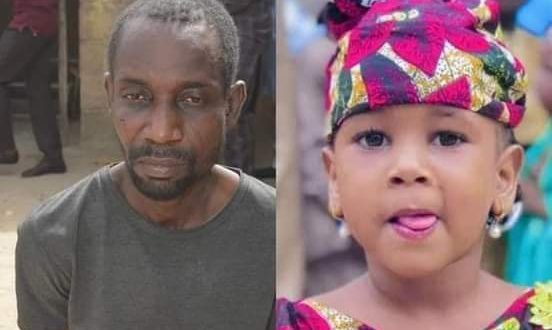 The proprietor of a private school, Noble Kids School, has been arrested by the police for abducting and killing a 5-year-old pupil, Hanifa Abubakar.

Family sources said he was among the first set of people who came to console her parents after the abduction.

“He was full of tears when he visited the family to console them over the abduction,” said the uncle of the girl, Suraj Sulaiman.

A statement by the police on Thursday said the school teacher, Abdulmalik Tanko, was the one who abducted her.

The body was exhumed and rushed to Mohammed Abdullahi Wase Specialist Hospital Kano, examined, confirmed dead by a Medical Doctor and release to the relatives for burial according to Islamic Rites.

It was further gathered that Hanifa was poisoned by her abductors after collecting ransome of N6 million from her family, because she recognized the ring leader, her teacher in school, who organized the kidnapping.

Previous Revelation : Sanwo-Olu purchases trains abandoned by US, maintained to look new, 6 years on shelf
Next 5 Reasons why Nigeria is Doing well at AFCON