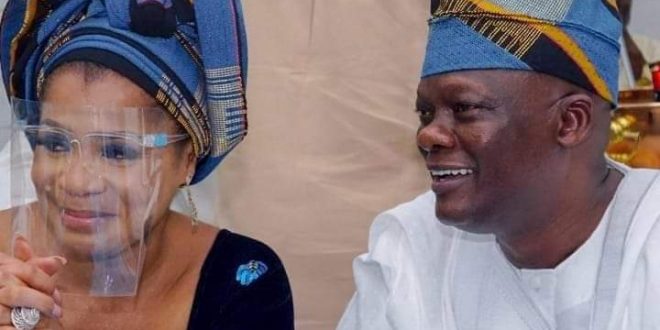 Angela died in the UK, this after afternoon.

Those with her revealed that she was hale and hearty in the morning until she slumped and died this afternoon.Ironically,days back,she posted a picture of Late former Governors Alao Akala,Abiola Ajimobi,her husband and her,saying, ‘two gone,so soon’,without the premonition,she “ll be the next.