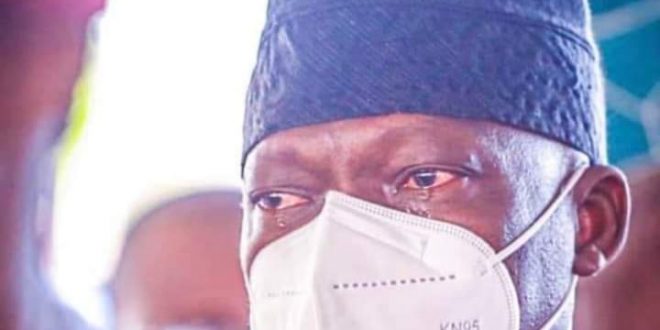 Two deaths for the Atreides; first it was his close political associate, Bayo Akala and now his wife, Angela.

Many prominent Nigerians have been sending touching words of comfort to the Ibadan strong politician, Teslim Folarin.

The key target of the messages is entreating God / Allah to give the distinguish Senator Teslim Folarin the fortitude to bear the loss.

Adeolu Akande was one of the earliest to do so.

The Chief Whip of the Senate, Orji Kalu, has commiserated with his colleague, Teslim Folarin, over the death of his wife, Angela.

So has many others, Adeolu Akande in a touching note said

“The death of Angela is a personal loss to me. I am deeply touched. With her death, I have lost a sister and friend. I will forever cherish the memory of her as a friend, counselor and inspirator. She was a woman of many parts. An encyclopaedia who knew something about everything and everything about something, as it is said. A fearless woman who was never afraid to pursue her dream. A goal getter. A great and cheerful host. Beautiful, brillant, elegant, confident and ebullient conversationist. A great cook.

I convey my heartfelt condolences to my brother and friend,Sen Teslim Folarin. I pray God comforts him and the children and grant them the fortitude to bear this irreparable loss.May God forgive her sins and grant her eternal rest.