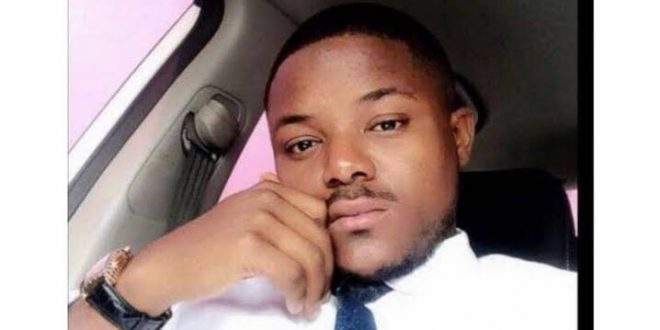 Inspector Afeez Olaniyan, a prosecution witness in the ongoing trial of the murder of Timothy Adegoke, yesterday, told an Osun State High Court, Osogbo that Roheem Adedoyin, the fleeing son of Rahman Adedoyin, conducted an oath of secrecy among hotel staff after Adegoke’s lifeless body was dumped.

Adegoke, a postgraduate student of the Obafemi Awolowo University (OAU), Ile-Ife, was allegedly murdered at Hilton Hotel, Ile-ife, where he lodged.

At the resumed hearing of the trial, yesterday, Olaniyan, the police investigation officer, said part of Adegoke’s body was already decomposing when it was exhumed from the site, where it was buried.

Led in evidence by the prosecuting counsel, M. O. Amosun, the officer, said Roheem, who has been declared wanted, took oath of secrecy with staff of Hilton Hotels & Resorts, Ile-Ife including Magdalene Chiefuna, Oluwole Lawrence and Oyetunde Kazeem, after the corpse, wrapped in a white duvet and carton, was dumped at a refuse dumping site, not too far from the hotel.

He said Roheem drove some workers to the place where Adegoke’s body was dumped, adding that in a bid to cover up the act, the hotel document which had the deceased’s record was altered and doctored.

Olaniyan said his team saw a blood pattern on the door of Room 303, where Adegoke lodged, adding that an expert that was brought to examine it said it was a paint. He also added that another bloodstain that was seen on the wall was yet to be subjected to test.

“When I entered the room, I noticed there was something like a blood pattern on the door. In view of that, we decided to lock the door. On our next visit to the room, we went with an expert, a crime scene manager, Deputy Superintendent of Police (DSP) Kelani, who confirmed that some of the patterns were paints, while we took the one he (Kelani) suspected to be blood for further examination.

“We were planning to send the sample to the lab for forensic analysis but they haven’t done it before the investigation was taken over by the Force Headquarters, Abuja.”

“ They (hotel workers) told me that the corpse was taken to Ede Road where it was dumped. Roheem Adedoyin drove the Hilux that conveyed the body,” he said.

The IPO added that none of the hotel management and staff lodged complaints to the police after the incident. He added that the oath was taken with the Bible and everyone was warned against disclosing what happened. In the evening of that day, Roheem took Kazeem and one other to Ede Road where the body was dumped alongside the victim’s belongings.

The matter has been adjourned till today for continuation of hearing.

Previous Petrol as souvenir @ party, sorry from Erelu Okin not enough
Next 4 SANs, 16 other team of lawyers set to defend Abba Kyari