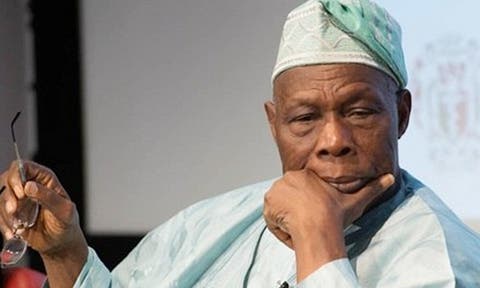 Vice President Yemi Osinbajo, on Monday, met with former President Olusegun Obasanjo in Abeokuta, the Ogun State capital.
Our Correspondent gathered that Osinbajo had visited Ogun State for a high-level dialogue organised by the Coalition for Dialogue on Africa.
The dialogue tagged, ‘West Africa: Rising to the Challenge of Consolidating Democratic Governance,’ was planned to be held at the Olusegun Obasanjo Presidential Library, Abeokuta, on Monday and Tuesday.
Osinbajo’s chopper landed within the premises of the Olusegun Obasanjo Presidential Library at 10.24am.
Osinbajo, who was accompanied by the Ogun State Governor, Dapo Abiodun, and others, was later received by Obasanjo as they proceeded to the venue prepared for the meeting.

Previous Lai Mohammed says “It’s Not only in Nigeria , Prices of Foodstuffs, Petrol are rising in US, UK
Next Osinbajo declares to run ?… his purported declaration speech trends, mentions Tinubu