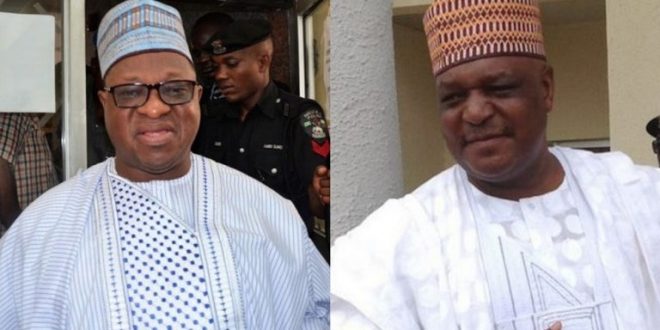 Upholding the pardon, the group argued, would ensure “impunity for corruption continue as long as influential politicians escape justice for their crimes.”

SERAP, in a letter dated 16 April, 2022 and signed by its Deputy Director, Kolawole Oluwadare, and contained in a statement on Sunday, said “the constitutional power of prerogative of mercy ought not to be an instrument of impunity.”

The group also urged Buhari to “propose constitutional amendment to the National Assembly to reform the provisions on the exercise of the prerogative of mercy to make it more transparent, consistent and compatible with Nigeria’s international anti-corruption obligations.”

It was reported that the National Council of State had on Thursday endorsed the pardon of Dariye, Nyame and 157 other convicts following the recommendation of the Presidential Advisory Committee on the Prerogative of Mercy.

The 12-member committee, inaugurated by the Buhari in 2018, is headed by the Minister of Justice and Attorney-General of the Federation, Abubakar Malami. Dariye and Nyame were jailed for stealing N1.16bn and N1.6bn, respectively.

However, SERAP in the statement on Sunday, said the “pardon power ought to be exercised in a manner that is consistent.