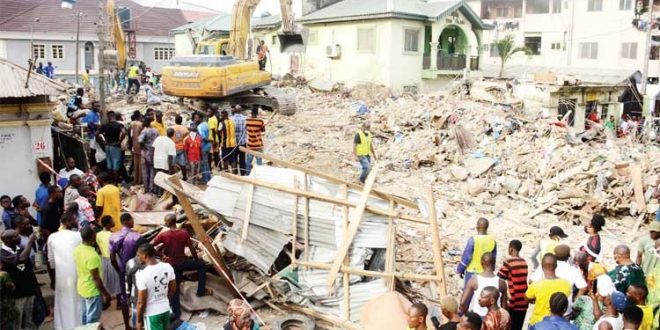 Two excavators driven by emergency officials made attempts to locate other trapped victims.

As the excavators dug deeper and pierced through concrete and iron rods, the lifeless bodies of 10 occupants, including children, were recovered and placed in body bags.

A crowd of onlookers and sympathisers were seen crying profusely as emergency officials carried the corpses in body bags into vehicles for onward transfer to a mortuary.

The search and rescue operations were still ongoing.