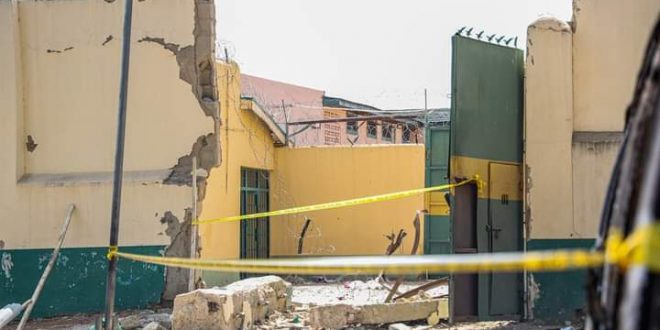 Top security sources have said the attackers, on gaining entrance into the custodial centre, made for a section of the expansive premises where the Boko Haram commanders were held.

They were said to have called out the names of the terrorists who were brought to the correctional centre from a special detention centre for insurgent fighters located in Shiroro, Niger state, a few weeks ago.

A source stated, “The deadly BH commanders were transferred from the detention facility in Shiroro for trial in Abuja. They were among the scores of terrorists arrested by the IRT when Kyari was the commander.

“On breaching the perimeters, the attackers went to a section of the custodial centre where their men were being held and called them out by name.

That means they have advanced information about where the guys are.

It is a coordinated raid with tacit official support.”

Providing an insight into the prison attack, the source, an operation commander, explained that the abduction of the Kaduna train passengers was carried out by the terrorists to compel the Federal Government to release their commanders.

It would be recalled that Kaduna kidnappers were demanding the release of 15 commanders, a request the government was reluctant to grant.

The official added, “With the escape of the BH fighters, the kidnappers may soon release the Kaduna train passengers because their demand has been met tacitly as their attack on the prison was made very easy.

“How could the attackers have succeeded if not for official compromise?

This is a facility being guarded by a combined team of 176 Special Forces, Guards Brigade of the Nigerian Army; Police Mobile Squadron 21; DSS, and the armed squad of the Nigeria Correctional Service numbering about 100.

“They also have about four Armoured Personnel Carriers and close circuit tv cameras which covered the perimeter fence.

There were also three security checkpoints before the facility.

“Besides these security layers, the Nigeria Air Force base, Nigeria Immigration Service and NSCDC headquarters are just a few kilometres from the prison. If these are not enough to deter or thwart the attack, there is a Police Counter-Terrorism Unit at Zuba and the SFU unit in Gwagwalada.

How come all these security structures failed to thwart the assault?”

An impeccable security source observed that the standard security protocol dictates that the vicious commanders should not be kept together in a detention facility.

He added, “Such vicious terrorist commanders are not supposed to be kept together at a facility.

They should have been kept in twos in different states to make it hard, if not impossible for their compatriots to rescue all of them at a go.”

Explaining away what happened, An NCoS Officer said the attack was successful because the soldiers were newly deployed to the prison facility.

The officer said, “I think why the attack was successful was because they just brought new military personnel and they are yet to settle down.

Also, our men didn’t quickly get the reinforcement needed to repel them; it was after they left that we started receiving help. “

Previous COVID-19 makes comeback, Cases increase in Nigeria.. watch out!
Next Officers, others who died in Kuje Prison Attack 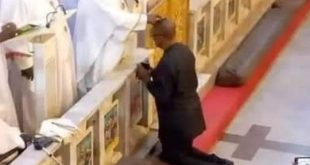 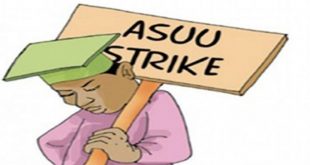 Tuesday’s meeting between the Federal Government and the Academic Staff Union of Universities (ASUU) ended ...