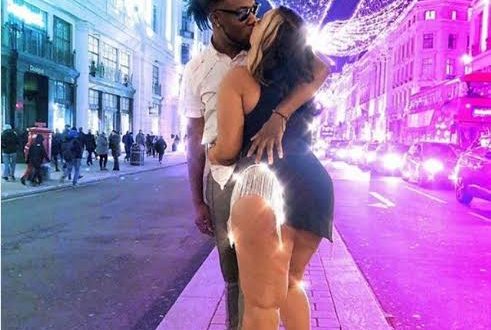 Burna Boy’s ex-lover opens up : He couldn’t satisfy me in bed

British rapper and singer, Stefflon Don, has disclosed that Nigerian Grammy award-winning artiste, Burna Boy, nicknamed ‘African Gaint’ couldn’t live up to his name when it came to satisfying her in bed.

She has disclosed that his sex game was weak.

The one-time sweethearts who no longer meet eye-to-eye have made damning revelations about each other with the recent being the female rapper’s public ridicule of her former boyfriend’s sexual performance.

In an Instagram story, Stefflon Don alleged that Burna is also egoistic and sees his colleague, Wizkid as one of his greatest competitors, the reason he sometimes takes a dig at him for no reason.

she added that Wizkid is a better artiste than her ex-lover.

“I broke up with Burnaboy because he has a fragile Ego, he sees his friend Wizkid as a competition, despite knowing Wizkid is bigger than he is. He can’t even satisfy me in bed. SMH! He bullied me the last time I wanted to talk, but not anymore!!”

Stefflon Don’s shade at the lady’s man didn’t come as a surprise to fans who have been keenly following the two after their messy breakup back in 2021.

According to music lovers, Burna’s 2022 hit single ‘Last Last’ was a diss song to her former girlfriend whom he served “breakfast”, a street code for heartbreak.

Previous Davido’s 4th baby out of wedlock !
Next 2 Yahoo boys arrested invoking to have sex with dead’s spirit !