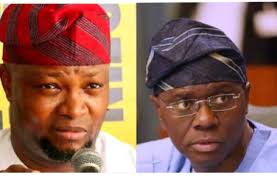 No fewer than 15 governorship candidates are bracing up to challenge reigning Governor Babajide Sanwo-Olu to the Lagos State governorship election in 2023.

The Independent National Electoral Commission, INEC cleared 16 of the 18 political parties to contest for the governorship seat, in which Sanwo-Olu is seeking re-election.

According to the list of candidates published by the electoral commission, those going for the governorship include the ruling APC, Sanwo-Olu; PDP Mr. Olajide Abdulazeez Adeniran; Accord, Mr. Dickson Olaogun; AA, Mr. Balogun Abdurazaq; and African Action Congress, AAC, Mr. Olayiwola Olajide.

Meanwhile, no fewer than 396 candidates drawn from 16 political parties would be contesting for the 40 seats in the Lagos State House of Assembly.

However, only APC, PDP, Labour Party, NNPP, and ADP fielded candidates for all the 40 seats in the state parliament.

The Action Alliance (AA), All Progressives Grand Alliance (APGA) and People’s Redemption Party (PRP) did not have governorship candidates in the publication.

Similarly, APGA and Zenith Labour Party (ZLP) did not have State assembly candidates.

Previous Letters to Soyinka, saying he’s too silent in face of oppression, as if the man dies…
Next Pa Akintola Williams Turns 103