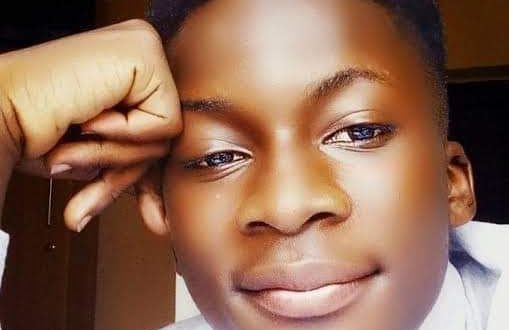 Dramatic details of how Varsity student escaped from kidnappers’ den

The victim, who was kidnapped while on his way to the Redemption Camp on Lagos-Ibadan expressway, escaped from his abductors as security operatives swooped on their den, in Ikorodu, Lagos.

“The victim, Akinlaja Ireoluwa Oluwatomiwa is a student of the Redeemers University in Osun State. He was on his way to join his parents when he was kidnapped.

He Kidnapped at Sagamu area Interchange in Ogun .

Ireoluwa was kidnapped in the afternoon (2pm) a. He was coming back from school Redeemers University of Nigeria (RUN), he was dropped there by the school arranged bus, while waiting for his parent to pick him up.

Before they got there in an interval of 10mins, the mother Receive a text message that areads “I have been kidnapped” the situation was immediately reported at the Police Station Owode/Egba division.

Later in the evening a message was sent to his mother via his own phone, that reads “I will be used for rituals 2morrow”…

The Ogun state police command were contacted.. And they immediately swoop to action.

Competent Police source said “Our security men had trailed the kidnappers to Ikorodu, where the victim was being held hostage. Thier arrival on the scene had given an opportunity for the victim to escape from captivity.

“We are happy that the victim escaped unhurt. He has since been reunited with his parents,” the statement said.

The statement further highlighted that the security operatives are still on the trail of the kidnappers.