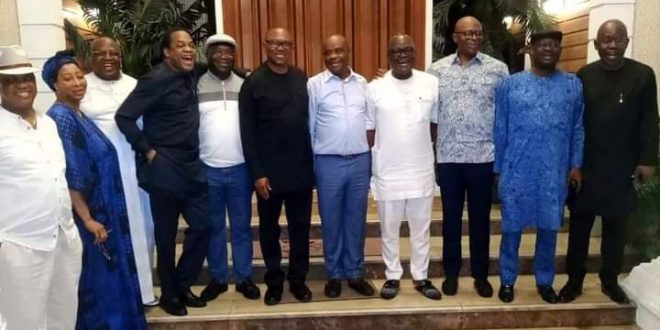 Obi had in June visited Wike.

On arrival at Wike’s residence on Monday night, the former Anambra governor was taken inside where he had a closed-door meeting with the Rivers governor.

There are speculations that the LP candidate may have visited Wike to seek his support ahead of the 2023 presidential election.

Wike was a presidential aspirant of the Peoples Democratic Party (PDP).

Obi, who was Abubakar’s running mate in the PDP in the 2019 presidential election, was among the PDP presidential aspirants this year.

He announced his resignation from the PDP a few days to the party presidential primary, saying there were practices in the party that were inconsistent with his “belief and persona.”

He defected to the Labour Party where he later emerged the party’s 2023 presidential candidate.