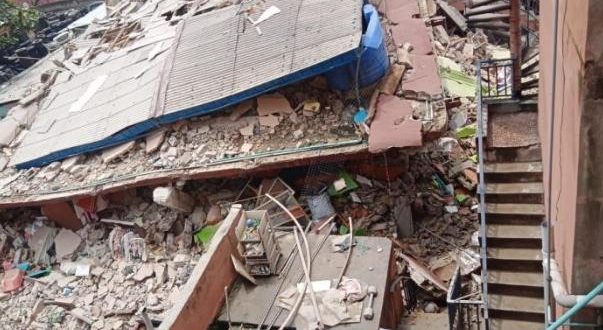 Four persons died while one was rescued in the building that collapsed at Oye Sonuga Street, Palm Avenue, in Mushin, Lagos.

Two males and two females died, while one person was rescued in the building collapse.

Ten buildings have collapsed in Lagos State this year.

On September 4, a seven-storey building under construction at Oba Idowu Street, Victoria Island caved in and two people were reported dead.

In the last two years, 84 persons have died in 18 building collapses in the state.