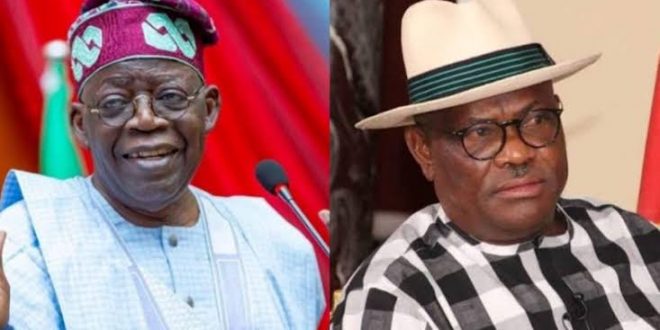 The presidential candidate of the All Progressives Congress, Asiwaju Bola Tinubu; and his running mate, Senator Kashim Shettima, on Saturday, left Nigeria for London, the United Kingdom.

Tinubu and Shettima decided to take a break to prepare them for campaigns.

Tinubu and Shettima’s trip to London coincided with that of the Rivers State Governor, Nyesom Wike, who also travelled to London with his Benue State counterpart, Samuel Ortom, on Friday.

Suspicion is rife that it could well be another round of meetings between Tinubu and Wike in London.

According to the schedule released by the Independent National Electoral Commission, campaigns for the presidential election will begin on September 28.

Tinubu’s campaign might begin on October 8.
The party intends to kick off the stipulated September 28 date with a prayer in all the APC branches nationwide.