Find the latest bookmaker offers available across all uk gambling sites www.bets.zone Read the reviews and compare sites to quickly discover the perfect account for you.
Home » Entertainment » Celebrity » Zidane writes open letter to fans on why he had to leave 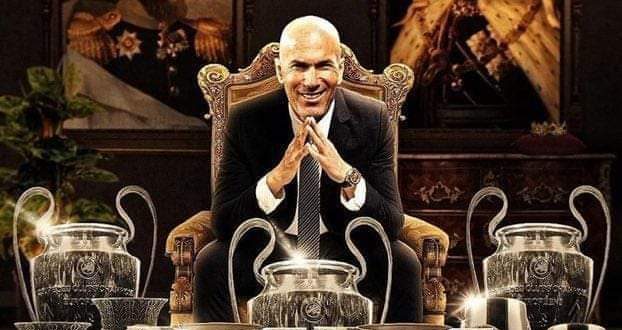 “I left, but I never jumped off the boat and never got tired of training. In May 2018 I left because after two and a half years of victories and so many titles I felt the team needed a new speech to stay on top.”

“But today things are different, I am leaving because I feel the club is no longer giving me the confidence I need.”

“The club did not support me in building a project now or long term. I know football, I know the requirements of Real Madrid and I know that when you don’t win you have to leave. But here one very important thing has been forgotten, everything that I have achieved.”

“I’ve built relationships on a daily basis, with everyone a the club. I was born to be a winner and I was here to win titles, but there are humans and emotions and lives and I have a feeling that these things weren’t taken care of, even somehow I was blamed.”

“I just wanted to see respect for what we achieved together.”

“I would have liked my relationship with the club and the president in recent months to be a little different. I’m not asking for privileges, of course not, just asking for a memory, for what we achieved.”

“The coach’s career today in any major club will be two seasons, not much longer. In order to last longer, human relations are necessary. This is more important than money, than fame, than everything.”

: “It was so painful when I read in the press that I was subject to being sacked upon certain defeats.”

“The news that I would be fired if I lost an upcoming match offended me and the entire team, because these messages were deliberately leaked to the media, creating a negative atmosphere with the staff which aroused suspicion and misunderstanding in the team.”

“I know exactly what the team needs. During these 20 years in Madrid I realized that you as fans want to win and of course we do, but above all they want us to give everything we have as players and as a coach. I can assure you that we gave 100%.”

“I am also using this letter to send a message to journalists. I have held hundreds of press conferences and unfortunately we haven’t talked much about football. I don’t want to give you lessons but I wish the questions asked were not always controversial.”

“Florentino bet on me in 2001 and fought for me to make me come when there were people against this desire. Saying it from my heart, I will always be grateful to the President for that. Now and forever.”

“I spent 20 years in Madrid and it is the most beautiful thing that has ever happened to me in my life and I know that I owe it to Florentino Perez.”

“I’ve always felt that there is something very special between us. I’ve had the great honor of being a player and coach for the most important club in history but above all I’m just a Madridista like all of you.”

“I’m writing this letter for Madridistas. To bid you farewell and to explain my decision to leave my role.”

“When I agreed in March 2019 to return to Real Madrid after a hiatus of around eight months, it was because Florentino Perez asked me to do it of course, but also because you [fans] asked me to do so every day.”

“It is good that I have some wonderful guys who were with me to till the end. When things got worse, they saved me with great victories. Because they believed in me and knew that I believed in them.”

“Of course, I am not the best coach in the world, but I am able to give the strength and confidence that everyone needs in their work, whether it’s for the players or workers.”

“I tried to convey the values of Real Madrid in everything, especially to the players who were and will always be the most important in this game. Let’s not forget about football, let’s take care of football.”

“Dear Madridista, I will always be one of you. Hala Madrid!”

Previous BREAKING: Omoyele Sowore Shot By Police in Abuja,Rushed To Hospital
Next 11 out of over 200 abducted Niger school children